Home > About Us > Tourist Place

Gudguda waterfall is situated near Kuchinda sub-division. The waterfall around the dense forest attracts the tourists. Gudguda, one of the most beautiful Picnic Spot. Though Gudguda comes under Sambalpur District, Many people’s flock this place from neighboring towns like Deogarh , Jharsuguda , Sambalpur and even Rourkela too. Journey to this place is very pleasant; this place is fully covered with dense forest. As soon as you are about to enter the spot, you can find many Mango and Lichi Orchards on both side of the roads. You can also hear chirping of birds, gushing sound of waterfall etc. You’ll love this place as it’s is a very peaceful place to spend your day away from your hectic and busy life. Let us tell you that before entering to the exact spot you need to cross a small water flow, which can easily be crossed if you have any four-wheeler. This Place has Seven Step -by-step waterfalls, these Waterfall have been beautifully carved themselves through the rocks. This Place is also good for Mountain Trekking. Don’t forget to carry Trekking shoes along with you whenever you plan to visit this place. Let us mention one more thing that the water flowing in this falls is extremely chilly, one of the main reason is because waters are hardly expose on sun-rays as it is covered on all sides. This is one of the small but beautiful waterfalls of Sambalpur district, Orissa. It sprinkles out from the Gudguda Mountain, as told by the local peoples. Picnickers throng to the spot during the X-mas holidays, New Year. 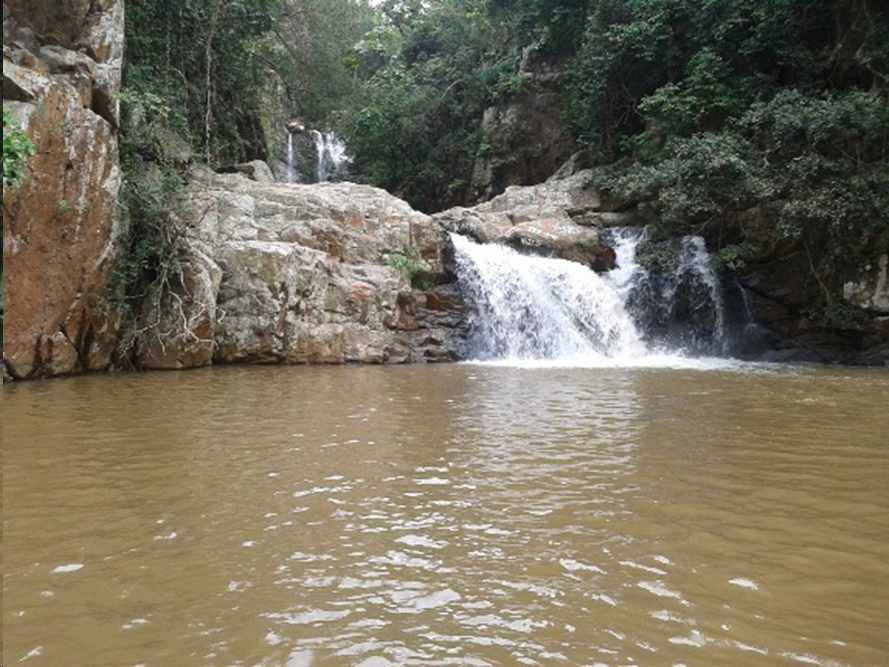 Especially in winter season from November to February picnickers gather there to have some fun and eat out. The picturesque scenery of the dense forest and the waterfall provides solace to people. The cool atmosphere provides a toxic sensation and feeling to those who understand. The water from the waterfall is used for irrigation that provides livelihood to the people of the locality. Litchi grows during summer one of the mainstay of the area’s economy thanks to the water of the waterfall. Other vegetables also grow that provides financial security to the area and its people.

Samaleswari Temple is a Hindu temple in Sambalpur, Western Odisha, and India dedicated to the goddess known as ‘Maa’, also known among the natives as samalei maa, meaning Mother Samaleswari. Shree Shree Samaleswari, the presiding deity of Sambalpur, is a strong religious force in western part of Odisha and Chhattisgarh state of India. On the bank of the river Mahanadi the mother goddess Samaleswari is worshipped from ancient times as Jagatjanani, Adishakti, Mahalaxmi and Mahasaraswati. The region in which the temple is situated has a rich cultural heritage. Sambalpur region is popularly known as Hirakhanda from ancient times. Ptolemy has described the place as Sambalak, according to Tavernir, the French traveller, and Edward Gibbon, the English historian, diamonds were exported to Rome from Sambalpur. She is worshiped with a great care and devotion by the natives in her temple, famously known as the samaleswari temple. Among the varieties of festivals observed before the goddess throughout the year three festivals are observed prominently. The first two are navaratra puja during the months of March and April and during the months of September and October. Among these two navaratra pujas (nine days continuous worship of the goddess) the second one is observed with a great splendour and devotion. 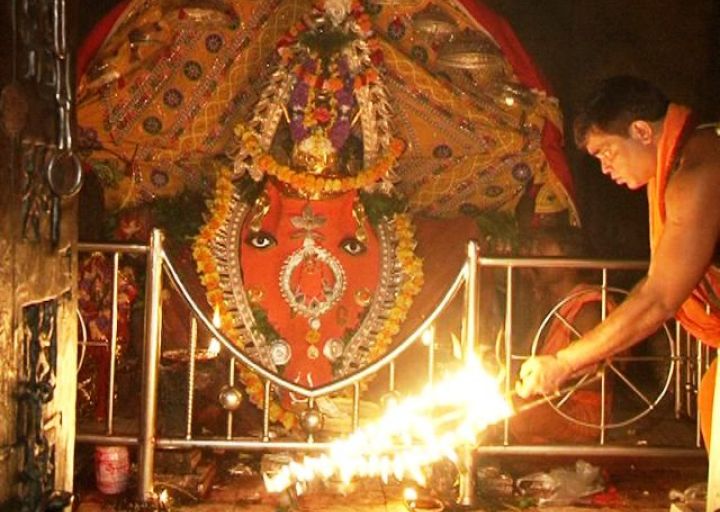 The third festival which is said to be the chief festival of the whole western Orissa (sambalpur) region is nuakhai. In this festival the farmers offer the first produce from their lands to the goddess before using it for his personal use.

A village in the Sambalpur Subdivision, situated on the left bank of the Mahanadi, 23 kms. South of Sambalpur. The village contains the Leaning temple dedicated to Lord Siva, which was built in the reign of Baliar Singh, the fifth Raja of Sambalpur. The worship of Siva is said to have been initiated by a milkman (Gauda), who daily crossed the Mahanadi to a place on the bank where the underlying rock croped out. Here he daily offered his dole of milk, which was at once drunk up by the rock, and this miraculous circumstance led to enquiries, which ended in the construction of the present temple. Huma is a place of pilgrimage, and is also visited by strangers out of curosity to see the different kind of fish in the river. A great fair takes place at the foothill in March every year on the occasion of Sivratri. The presiding diety is Bimaleswar Siva. The special type of fish found here are called as ‘Kudo’ fish. They are said to be so tame that they will eat sweets and other foods from the hands of those who bathe close to the temple. During auspicious days they are called by their names and given the ‘prasad’ of the God. Here nobody tries to catch them as they are believed to be the assets of the God. 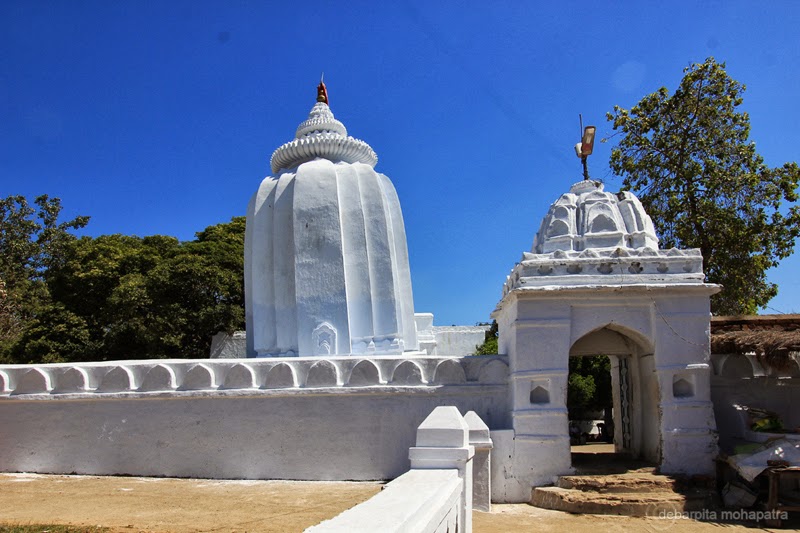 Now about the main point of attraction i.e. the tilted structure of temple. From the investigation and interviews performed by our team, nobody able to give satisfying reply. The surprising thing is, the main temple tilted to one direction and other small temples tilted to some other direction. And within the temple complex i.e. within the boundaries of temple, everything found to be in tilted condition including the boundaries. Now again the angle of inclination is not changed since last 40/50 years as said by the villagers and priests. However the structure is tilted may be due to some geological reason, may be the earth crust is un-even in structure. About the inclination, it’s not possible to judge whether the angle is in an increasing trend or not.

As the name indicates there’s bells and bells and bells wherever your eyes reach. 33 kms south-west of Sambalpur and on the bank of river Mahanadi, it was playing an important role for navigation in the past. It was called a light house without light! One temple is also existed here, the Goddess called by the name Ghanteswari from which the place got its name. Earlier there were some big size bells on this spot and with the help of wind those creating enormous sound which made the navigators aware of this trechorous spot and they never came near it. This area being the conglomeration of three streams of water of river Mahanadi, the water current here is very trechorous forming a whirlpool. Due to this many boats were drowned while nearing this spot. Here the wind blows quite heavily and with the help of it the bells producing sound. Now after the construction of Hirakud dam, this spot became safer. The specialty of this temple area is, thousands of bells hanging all around, the only place of its kind in Odisha. 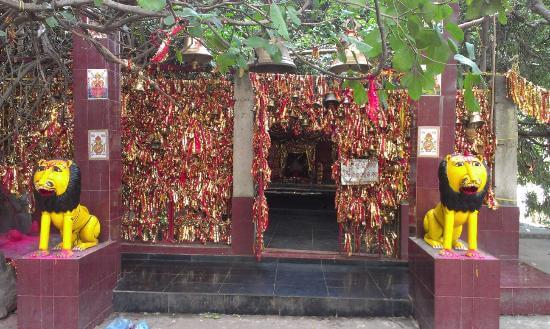 Hirakud Dam is built across the Mahanadi River, about 15 km from Sambalpur in the state of Odisha in India. Behind the dam extends a lake, Hirakud Reservoir, 55 km long. It is one of the first major multipurpose river valley projects started after India’s independence.

Before the devastating floods of 1936, Sir M. Visveswararya proposed a detailed investigation for storage reservoirs in the Mahanadi basin to tackle the problem of floods in the Mahanadi delta. In 1945, under the chairmanship of Dr. B. R. Ambedkar, the Member of Labour, it was decided to invest in the potential benefits of controlling the Mahanadi for multi-purpose use. The Central Waterways, Irrigation and Navigation Commission took up the work. On 15 Mar 1946, Sir Hawthrone Lewis, the Governor of Odisha, laid the foundation stone of the Hirakud Dam. A project report was submitted to the government in June 1947. Pandit Jawaharlal Nehru laid the first batch of concrete on 12 April 1948. The dam was completed in 1953 and was formally inaugurated by Prime Minister Jawaharlal Nehru on 13 January 1957. The total cost of the project was Rs.1000.2 millions in 1957. Power generation along with agricultural irrigation started in 1956, achieving full potential in 1966. 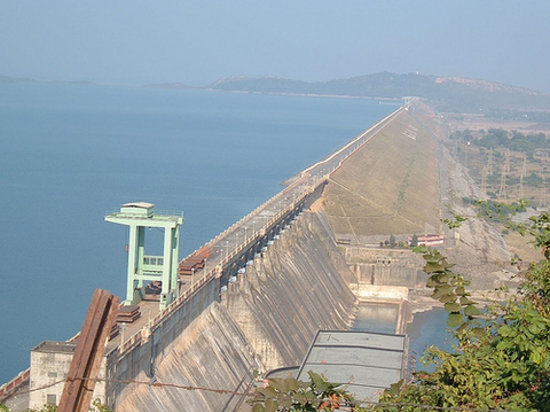 In the upper drainage basin of the Mahanadi River, centered on the Chhattisgarh Plain, periodic droughts contrast with the situation in the lower delta region where floods may damage crops. The dam was constructed to help alleviate these problems by creating a reservoir and controlling river flow through the drainage system. The dam regulates the flow of the Mahanadi River and produces hydroelectricity through several hydroelectric plants.

The dam helps control floods in the Mahanadi delta and irrigates 75,000 square kilometres of land. Hydroelectricity is also generated. The Hirakud Dam regulates 83,400 km² (32,200 mi²) of Mahanadi’s drainage. The reservoir has a storage capacity of 5.818 km³ with gross of 8.136 km³.

The Ushakothi Sanctuary is one of the most popular tourist attractions of the state of Odisha (Orissa). Established in 1962 over a forest area of about 285 square kilometres, the Ushakothi Sanctuary is situated at a distance of about 22 kilometres from Sambalpur.To the west of the Sanctuary lies Hirakud dam. Dense deciduous forest flanked by the Wardha and Penganga rivers covers 130 sq. km and is one of the smaller sanctuaries of Odisha (Orissa). 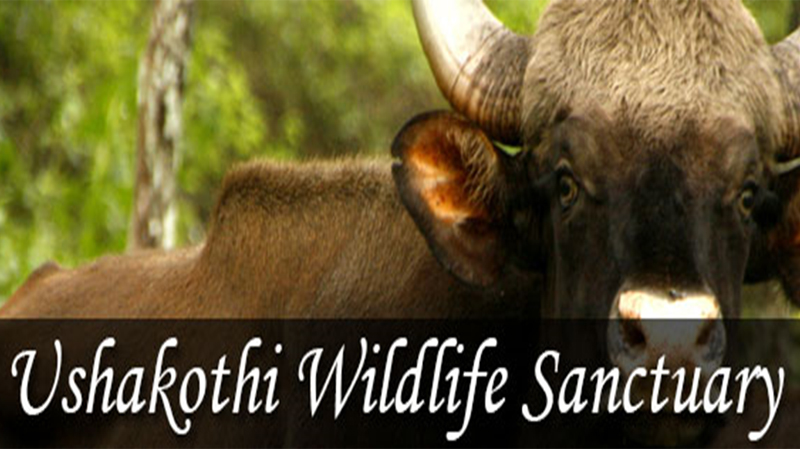 How to Reach Ushakothi Wildlife Sanctuary
By Air

The nearest airport is at Bhubaneswar about 300 kilometers away.

The nearest town and railway station is Sambalpur.

About 45-km from Sambalpur and Kuchinda, the nearest rest house is at Badrama situated just 3-km away from the sanctuary.

The Forest Park Kuchinda is one of the most popular tourist attractions for picnic spot and eco-tourism place of the Sambalpur District of (Orissa). By Road -About 80-km from Sambalpur and 2–km from Kuchinda town. 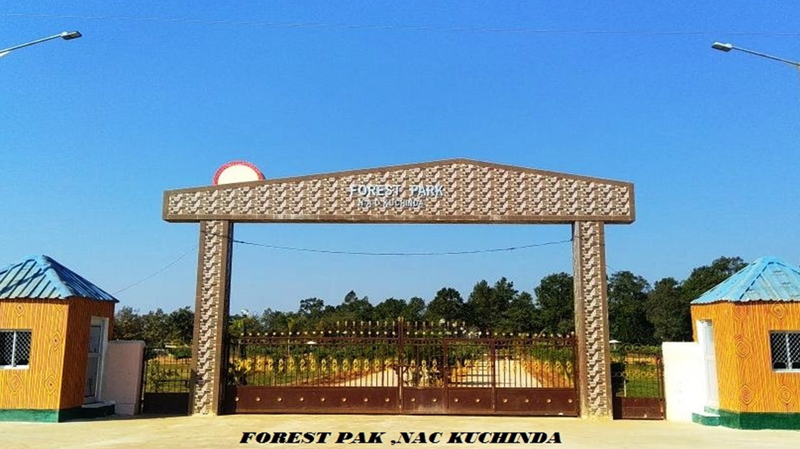